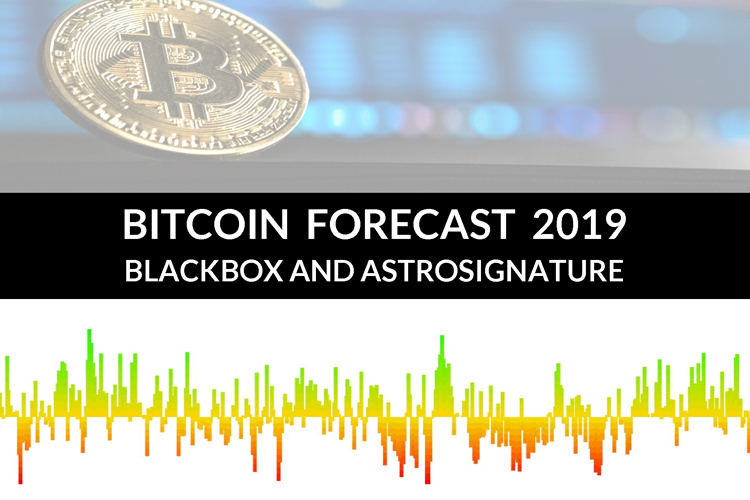 This 2019 Forecast is comprised of a Blackbox graph and AstroSignature for Bitcoin. The Blackbox is like a Dow Jones Industrial Average using a horoscope of a person, event, or asset. The Blackbox Forecasting Module works with any of the six bell curve formats to calculate the results based on 760 astrological factors, far more than any astrologer or group of astrologers could accomplish in a reasonable timeframe.

The Blackbox is so sophisticated it will optimize the weights for each chosen criteria, the aspect orbs, it will shift the orb and the position of the planets using different kinds of advanced mathematics to make sure that the optimized resultant graph conforms with the past historical price data or the personal biography. It will then use all these findings and project future prediction graphs for the chart under study.

The Blackbox is not a standalone forecasting technique for Day Trading. That is not the purpose of why it was invented. It shows the level of planetary positive and negative levels of supportive and challenging astrological portents that are active for a specific horoscope or group of horoscopes over a given time period to enhance intuitive leaps for informed speculation and forecasting. That being said Blackbox forecast technology is the MOST objective system for forecasting that we have for astrology to date, outside of Horary.

The AstroSignature Module is based on the correlation of Bitcoin’s value history in comparison to US Dollars and astrological planetary transits to Bitcoin’s Genesis Horoscope.

The AstroSignature indicates the trend of the current Bitcoin market direction and periods of high market activity, e.g. 2017: 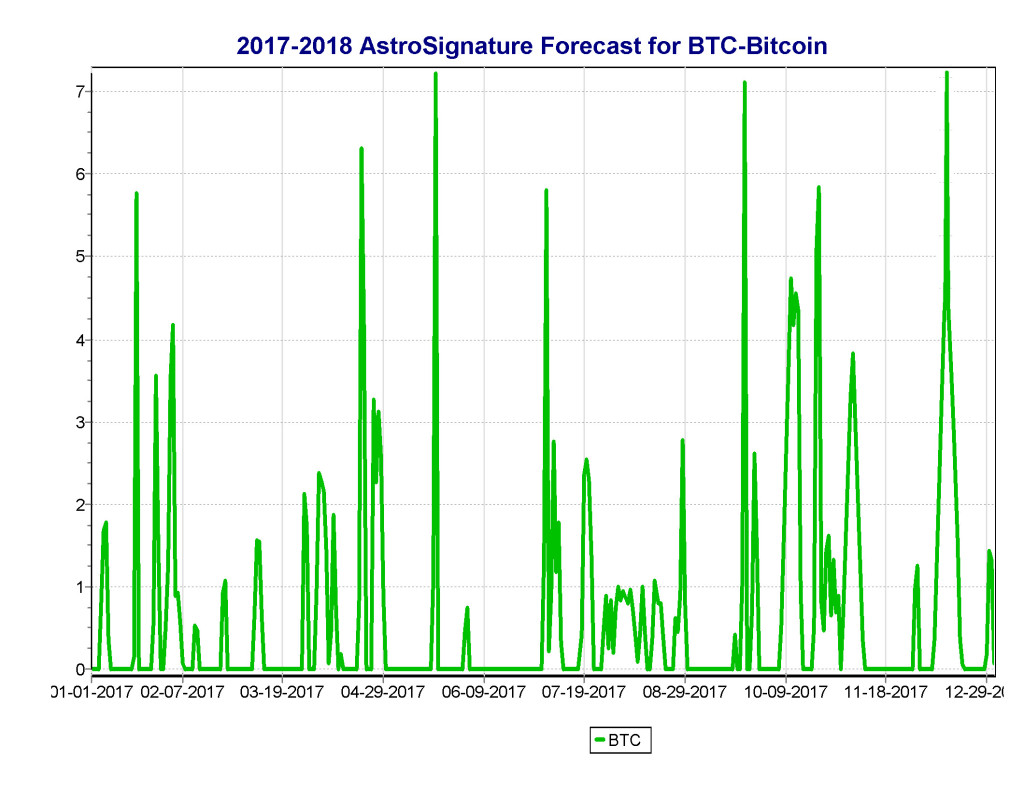 BLOG POSTS ON BITCOIN AND CRYPTOCURRENCY

VIDEOS ON BITCOIN AND CRYPTOCURRENCY “The evidence keeps mounting and the astrologers by-and-large continue to ignore the data William Stickevers presents... Be prepared in near future the crisis will be the hell of capitalism as the Barbault Index indicates.”
-D.K.